Concussion refers to the most common and least damaging type of brain injury. It’s derived from the Latin word “concutere”—to shake violently. Concussions are caused by strong blows to the head and the effects involve temporary headaches and problems with memory, coordination and balance, concentration, and even a loss on consciousness. They’re common in sports such as football. It’s possible to have a concussion and not even realize it.

Over a span of 13 years up until 2014, there was an average of 195 hospitalizations per year due to concussions in Canada. We take a look at the symptoms and signs as well as dangers associated with concussions.

Our brains are made up of soft tissues and are cushioned by a cerebrospinal fluid inside the skull which protects it from bumps and jolts. Violent blows to the head can cause the brain to move inside the skull and rub forcefully against the inner walls. This sudden acceleration causes it to shake violently and suffer from an injury that affects its functioning. Brain injuries can also lead to internal bleeding and bring about symptoms such as confusion and drowsiness. Such injuries can be fatal and require medical attention.

Since the effects of a concussion can’t be identified through an X-ray, it can be tricky to diagnose. Sometimes, the symptoms may last for just a couple of seconds or not appear until after a couple of days from the injury.

Concussions are classified into three different categories depending on these symptoms. The categories are as follows:

Common types of symptoms include:

The first and most logical step to take is to seek immediate medical attention. The doctors will determine the seriousness of the injury and whether treatment is required or not. Grade 1 and 2 level concussions put a hold on normal activities until the symptoms disappear.

Concussions related to sports incidents require rest and not engaging in the sport until the symptoms completely disappear. Returning too soon greatly increases the chance of a second concussion that can further compound the damage. 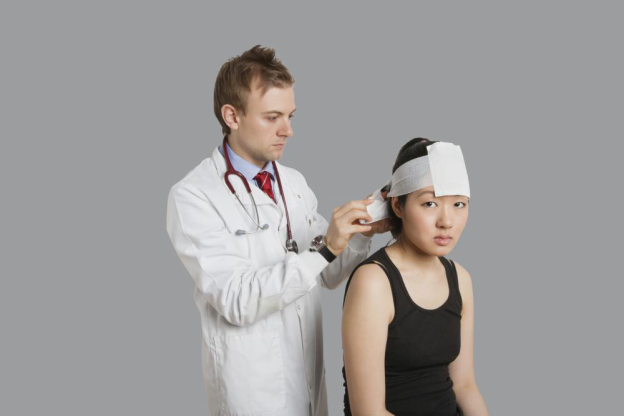 Although most people recover quickly from concussions, the brain is a sensitive organ and severe damage can result in lasting mental disorders.

Our training of first aid in BC will aid you in identifying different illnesses and injuries and provide immediate medical care that can possibly save someone’s life. Contact us today!