With the increase in number of natural disasters and terrorist attacks, learning to manage catastrophic bleeding has become more of a necessity than a choice for the public. However, these are not the only reasons why you should know how to control bleeding. Several industries such as the military, forestry and construction have been focusing on training their workers to provide first-aid in such emergency situations. While many companies are increasingly adopting this practice, there’s still a large population out there that isn’t even aware of term.

Below, we have mentioned the basic first aid steps to manage catastrophic bleeding for all those who want to be able to save a life in case of a serious accident.

Remove Any Debris from the Wound

The first thing you need to do is gently remove any piece of cloth or other debris from the injured part of body. However, do not try to clean the blood or dirt from the wound yet. Also, if the wound is caused by a knife, glass or other sharp object which is still embedded, do not try to pull it out. This will worsen the bleeding. It’s advisable to wear protective medical gloves before you touch the wound, if they are available.

To control the flow of blood, keep a sterilized gauge pad on the injury and press it firmly with the heel of your palm. Keep applying pressure until the bleeding fully stops and then bind a thick sterile gauge bandage tightly on the wound. You can also temporarily use a clean piece of cloth if the bandage isn’t available on the spot.

Cover the bandage with a medical tape or any adhesive tape available to maintain the pressure. If there isn’t any tape, continue to apply pressure using your palm until the medical team arrives.

Note: In case of an embedded object, do not apply pressure on the wound. This will worsen the injury and bleeding.

Don’t Take off the Gauze Pad or Bandage 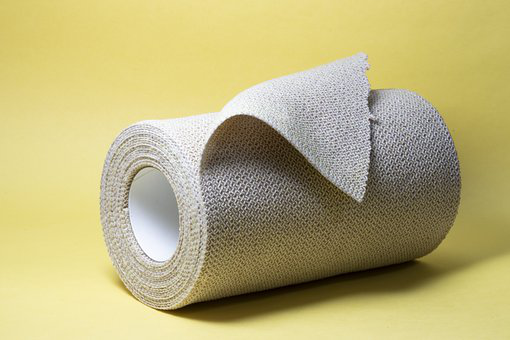 If the bleeding doesn’t stop after the bandage and you see blood seeping out of it, don’t remove the bandage. Instead, bind another bandage or piece of cloth on top of the old bandage and keep applying pressure on the area using your palm.

It can be quite difficult deal with a situation where someone’s life is at stake. However, first aid training will enable you to respond practically when someone’s bleeding severely and other emergency situations.

To this end, get emergency first aid training from Metro Safety in British Columbia. We also offer workplace safety courses, fall protection safety plans, and health safety programs in BC.